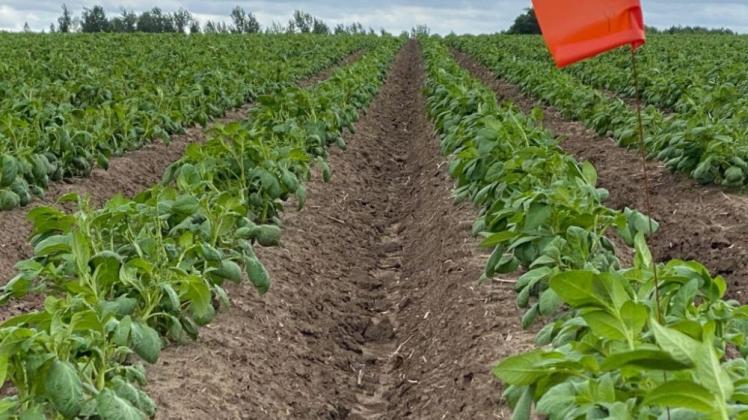 There is a recurring theme from coast to coast: It is dry – but the crop is not suffering yet because it is in the early stages of development, but does need rain soon.

UPGC will have a better idea on acreage changes after the 16th of July. All growers are encouraged to respond to acreage surveys being conducted now by Statistics Canada. “Input is critical to accuracy,” Mr MacIsaac says.

Below is a snapshot of the crop status and market across Canada as reported by UPGC.

Planting was completed almost two weeks ahead of last year. Most of the crop has now emerged and needs rain, although there is not much in the immediate forecast. Based on preliminary surveys, acreage could be down to 83,000 acres from last year’s 85,500 acres. Most of the reduction centers around a 6-7% reduction in processing contract volume.

Chips are up a bit and fresh acres are about the same as 2019. For old crop, shipments are 12% ahead of same date last year, but on par with the 3-yr. average.

The old crop will get cleaned up now that processors have committed to take the rest of the available processing potatoes and also use some seed lots as well. Due to lost sales in seed, there are still about 11,000 tonnes of seed remaining in warehouses.

Most fresh packers are confident with the levels of supply they have left to ship in the remainder of the season. The PEI Potato Board has conducted several potato “give-aways” this spring, in conjunction with other ag commodities. They and other provinces have received positive feedback about their efforts to help reduce a surplus by donating to the needy.

Growing conditions are very dry with the province closing down logging operations in the woods and restricting access to salmon fishing pools on crown land. Fortunately, the potato crop is not at a critical stage for water just yet and is not hurting.

Planted acreage was reduced due to processing contract reductions in the range of 16%. There were significant lots of Shepody, and Russet Burbank seed left over.

Stocks of old crop potatoes are becoming more reduced all the time. Processing varieties like innovators and burbanks are in line, and most of the available tablestock is in the hands of shippers who normally market it at this time of year.

The fresh market is stable. A large volume of potatoes has gone to dehy, and smaller amounts have been disposed of. Prior to fryer purchasing announcements in recent days, processing plants went down expecting to be off-line for 6 weeks but with resumption of French fry demand, started back up after only two weeks of idling.

Summer has arrived with vengeance in Quebec. It has been very hot and dry in the province with the past seven days experiencing temperatures in the 30ºC range, pressuring yield potential. The crop looks good but needs rain and, in the meantime, growers are busy irrigating.

Initial surveys point to an increase in acreage of approximately 2,000 acres, led by increased demand in the fresh and chip sectors.

Old crop should now be in good position to get cleaned up. Earlier on the COVID-19 pandemic had seemed to create a train wreck for July, turning a short crop into a long one, as packers purchased excess processing stock while holding on to their own inventory.

Recent improvements in French fry demand has changed this outlook. The hot weather, however, has quieted fresh demand as consumers have been reluctant to cook at home in the heat. Quebec growers will be hoping to achieve $3.75 to $4.00/10lb. when their new crop starts coming on in July.

Fields are quite dry, and rainfall has been sporadic with pop up showers. The crop will need some rain in the coming week to avoid yield losses on dryland fields while growers with irrigation have been busy. The earlier planted chipstock looks good and emerging stands of table stock seem to be fairly even. Initial observations suggest an increase in chip acres and a slight decrease in fresh acres.

There is not much old crop left and packers are now focusing on meeting the needs of their regular long-term customers. The first new crop potatoes in the southern part of the province, should come on the market around July 20th.

Planting of the fresh crop got started about 10 days later than average, so will be a little later. It has been dry with many 30º days and lots of wind. There has been only one rainfall since the middle of May and none in the forecast for the next seven days. Fresh acres are about the same, with russets down, yellows up, and reds the same.

The Winkler area has avoided the severe weather events in the Red River Valley, south of the border, where North Dakota received 5.5 inches of rain last week and another inch of rain in recent days, damaging 5-10% of the crop.

With a later spring, 10% of the crop is at normal growth stages with most of the crop being 5-7 days behind average. Advanced fields were burned back by frost damage on May 27th. It is starting to get dry with no rain in the forecast. Growers are busy irrigating. Winds have been excessive with some growers having to rehill. By comparison, trials direct seeding potatoes into stubble look very promising. Processing acreage will likely be down a couple of thousand acres, although cuts were not as severe as originally expected, with a 5-7% reduction.

Old crop is now projected to clean up. There was not much seed left and processing plants are ramping up. Simplot will resume importing potatoes from the U.S. and McCain will be back running full on July 6th. Fryers have been giving away free frozen fries in the rural communities of Manitoba and Alberta in recent weeks, and it has been a positive public relations experience in getting consumers back towards increasing French fry consumption again.

The southern part of the province was really dry, and the northern part really wet during planting. Overall the crop is coming along nicely with good emergence all around. With timely rains and irrigation, they are hopeful for a good crop. There has been no hail damage so far.

The processing crop in southern Alberta was one of the first to be planted in Canada and is growing rapidly with early Rangers close to row closure. A major hailstorm in the Taber area has already wiped out about 2,000 acres but growers are hopeful on some regrowth.

Other rotational crops were damaged as well. The northern part of the province, home to the seed growing area, has seen even wetter conditions than last year and temperatures have been very cool, in the 8-12º range. Drowned out spots have challenged emergence in some fields.

2020 acreage is not yet tallied but process acres could be 20% less than in 2019. There were no reductions observed in the seed acreage. Fresh acreage may move upwards as some growers considered shifting some acreage away from processing, given the volumes turned back by fryers this spring.

Old crop will be cleaned up. Some has had to move away from their intended market, to dehy, food banks, cattle feed, or disposal. A significant disappointment lies with the seed industry, now faced with burying 12,000 tonnes of seed inventory, after in mid-February facing a perceived shortage of seed.

The French fry manufacturers last week announced that they will now need remaining process inventory that they had earlier turned away only three months ago. In the meantime, some of that original inventory has gone for other end uses.

The early crop in BC is very good after receiving timely rains and requiring very little irrigation. Temperatures are cooler now and potatoes like the conditions. They have been harvesting early Warba’s for three weeks now and soon ready to move into skin set potatoes. Vine killing should start in about three weeks.

Overall acreage is similar in British Columbia, although acreage for fresh-cut Kennebecs could be down 10-15%.

Old crop is winding down with 2-3 weeks of Kennebecs for fresh cut left. Some retail has been packed in ten-pound bags to keep them moving. Food service business for BC is now back to 70% of normal. Nicer weather is also bringing back demand.

The UPGC report concludes by encouraging all potato growers to respond to the acreage survey. Remember, “we can’t manage what we can’t measure”, UPGC says. 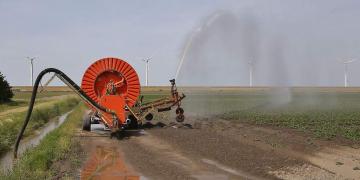 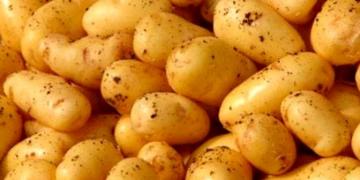 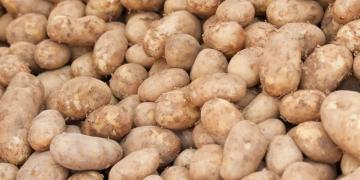 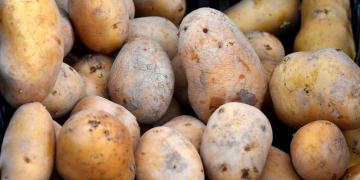 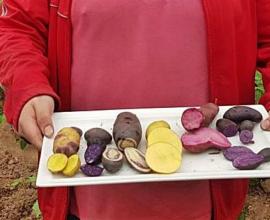 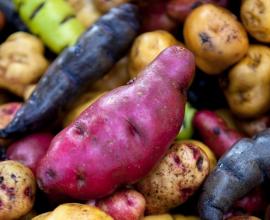 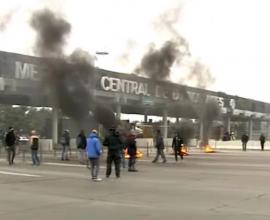 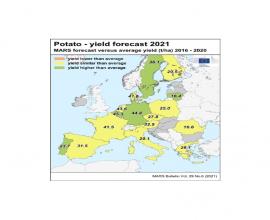 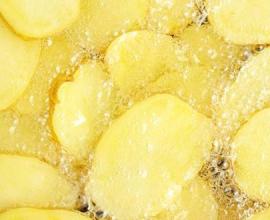